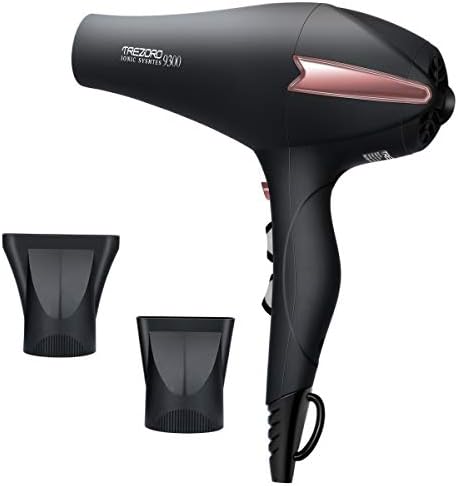 ✔ ADVANCED IONS GENERATOR BUILT-IN - Our breakthrough is to use turbo to speed up transferring ten times more ions and thus help removing static and reducing frizz. The combined effect of ceramic tourmaline makes hair soft and smooth, and all you have to do is blow-dry it

✔ FEEL CHARMING AND CONFIDENT ALL DAY - 3 heat settings and 2 speeds, equipped with two concentrator nozzles to precisely meet the demands of all hairstyles: Curly, Straight, Thin or Thick

The first-class ion generator in the dryer was developed by many professionals. DIFFERENT FROM OTHER DRYERS ON THE MARKET, our dryer is able to efficiently preserve moisture, keeping the hair smooth.