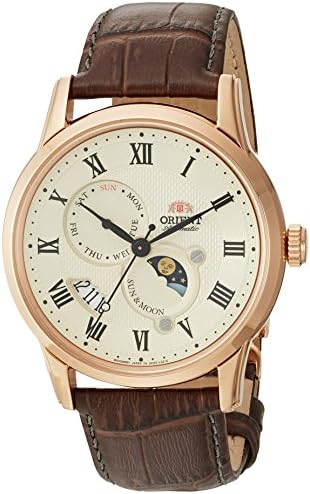 Water resistant to 50m (165ft: in general, suitable for short periods of recreational swimming, but not diving or snorkeling

The Sun and Moon Version 3 Collection

If you’re wondering how we could ever improve upon the Sun and Moon, let alone the Version 2, we’re with you.

The insertion of our new caliber F6B24, which has hand winding, hacking (seconds stop) capabilities. It also has quickset features for the day and date. All of these features were absent on the previous iterations of the Sun and Moon. Between the new movement and a few subtle aesthetic differences, the Sun and Moon Version 3 picked up where it’s predecessor left off, and became even more refined.