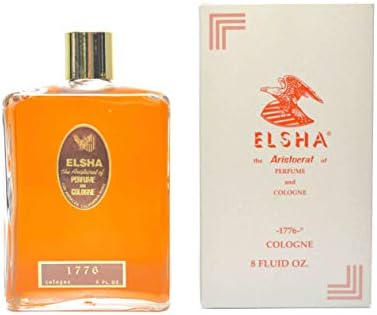 MADE IN USA - Manufactured in California

Original Manufacturer of cologne, aftershave and beard oil known as the aristocrat of perfume and cologne

Made in USA of cedar wood, lavender, GUAIAK WOOD,Ylang Ylang and Amyris

Crafted by master perfumers using only high quality essential oils normally found in the most expensive designer perfumes and colognes, this is the reason for its LONG LASTING scent


Made in USA IT HAPPENED ALMOST 170 YEARS AGO In St. Petersburg the old capital of Russia originated the renowned and most popular fragrance "Russian Leather", in Cologne/Perfume and After Shave Lotion. Steeped in romance and history, this true story had its beginning during the years 1805-1820 which marked the reign of Alexander the 1st. This crafty Czar of Russia played the biggest of all tricks over Napoleon the French Emperor when he trapped Napoleon with his armies in Moscow and in the deep and immense marshes in the Polesiea region. Nevertheless, Alexander the 1st was noted as a gallant and romantic cavalier. It so happened that during his reign the first large perfumery was established and word went out from the palace to the chemists to create a fragrance that would match the odor of the leather of the boots of the Royalty. These boots were made of special leather created from the skin of small animal named Hucht. This rare animal was found only in the constantly frozen regions of the extreme northern part of Russia where there is only three or four hours of daylight. Only members of the Royal hunting parties were allowed to hunt the animal. They made many lavish and exciting trips to the cold northern regions for this sport. No one in Russia except Royalty could ever dream of owning such boots. The leather was not on the market. The strange fact about this silky leather was that it did not have the definate unpleasant odor of leather. Instead, it had a most pleasant and enchanting odor. The chemists went to work and succeeded in creating a fragrance that matched the delightful odor of the leather. It was then that most exquisite fragrance was crowned "Russian Leather". Since its origin approximately 150 years ago "Russian Leather" has maintained its title down through the years as the aristocrat of fragrances. Throughout Europe and the American continent it is still acclaimed for its fascinating and lingering fragrance.

Đánh giá
bởi Kari C.
This is my favorite scent. My husband wears it and my knees go weak. A new bottle is ordered whenever his gets low. Please keep it available forever!!!
bởi Cheryl Hunter
Always loved this. Only could find it in Utah or Colorado.
bởi George A. Butler
Up to par as an aftershave but not as a cologne.
bởi Linda O'Dell
This scent is incredable
bởi Dunpeal
This classic fragrance is a nice addition to my collection. It's classy, not too strong and smells good. A smooth leather fragrance that transitions to a nice woodsy amber fragrance. I personally like to layer it with other fragrances too. This and a little Creed Royal Oud create a spicy, leathery, woodsy combination that has gotten me some positive attention...I recommend getting a bottle.
bởi NS
My husband has worn Elsha since 1965 and I still enjoy the scent. I'm so happy to have found it at Amazon. I will continue to buy it and hope it is always available.
bởi Amazon Customer
this is a great product I have been using it since I was 14 years old, same great smell.
bởi Amazon Customer
This was a gift and the person didn’t want it. Tried to return it and they wouldn’t take it back. Didn’t even open it. Now I’m out the expensive price of the cologne.Why not? Why can’t I return it????